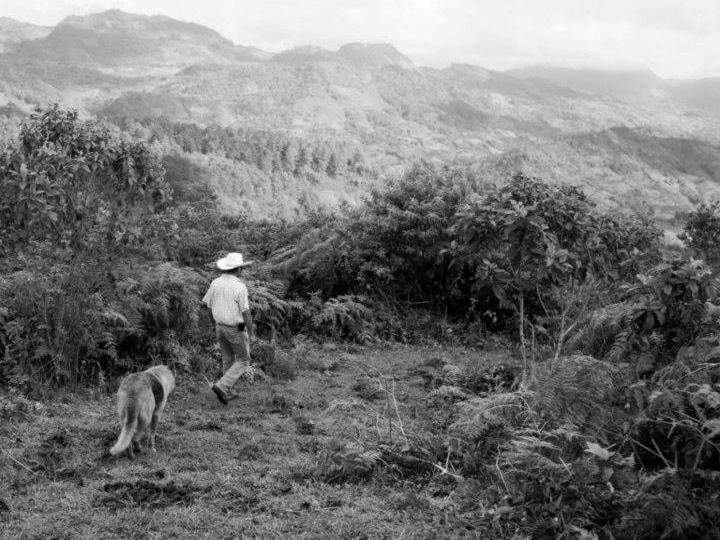 The story of Finca Miramundo begins with Senor Marco Tulio Lopéz of Santa Rita, Copan. Don Tulio bought the farm in 1987 since coffee prices had been good for several years and he thought it was a good time to invest. Daily, he and a group of men made the one and a half hour ascent on horseback to the 1,200-1,300 meter crest of Mt. Miramundo (literally: “Look at the world”). The property was well chosen to produce a superior coffee: dark, rich soils, five mountain top springs, a moist, fresh climate, and a canopy of shade trees. Mt. Miramundo also had four villages within walking distance with experienced workers for the hand care so critical to all phases of coffee production. Don Tulio and his men prepared the cool, misty slopes and planted 24 manzanas (about 40 acres) over two years and though the plants developed well in the rich soil, his timing unfortunately proved poor.

The price of coffee worldwide began to plunge due to a rapid increase in lower quality Southeast Asian coffee production coupled with market dominance by four large multinational firms well positioned to take advantage of falling prices. Understanding the situation and assessing their coffee prospects honestly, Don Tulio joined other producers in the Copan Valley and put his farm up for sale.

on Tulio’s misfortunes took a turn for the better when he crossed paths with North American Lloyd Davidson, a Tennessean with twenty years experience living and working in Honduras. Davidson had the required tolerance for high-risk ventures, having spent 25 years in the commercial fishing business. The past 15 years, he had been exporting red snapper from Honduras’ Bay Islands and Davidson was ready for a new challenge. After visiting the Copan region, he found himself drawn not only to the beauty of the mountains of western Honduras, but the time-honored coffee culture of the region. 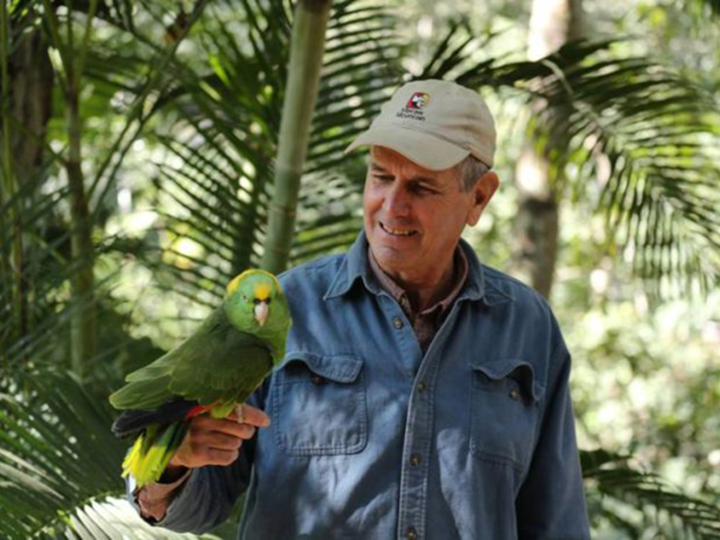 From fish to coffee

Admittedly, producing superior high grown coffee is a long way from catching and exporting a Caribbean Red Snapper. But as anyone who has lived in “out of the way places” can tell you, nothing beats experience.

At Miramundo, Davidson quickly put to work his almost twenty years of experience confronting the myriad challenges working in a developing nation. He doubled his experience factor by bringing aboard Captain Pat Merritt, a technical and logistics wizard, who had spent twenty years in Honduras operating fishing boats and cargo vessels. The pair realized immediately that the coffee industry was undergoing dramatic changes and realized that any future profitability of coffee farming in this region would require producing coffee of the highest quality – and a bit of unconventional thinking.

Pouring over historical records and anecdotal evidence from regional coffee producers, Davidson and Merritt began to see that it was political, social, and economic factors (not soils, climate, elevation, or experienced people) had left Honduran coffees off “best coffee” lists. In the mid and late 1800s, this region of Honduras was included with Guatemala in producing the very best coffees. They found that the very high quality of many Honduran coffees had unfortunately been hidden by poor processing techniques at the producer level as well as inadequate separation of quality beans by buyers and exporters. Very good coffees had been reduced to the lowest common denominator by indiscriminate mixing with inferior grades. For years much of Honduran coffee had quietly been carried across the border – included as part of Guatemala’s coffee harvest – since there was a higher market for “Guatemalan” coffees than “Honduran”. 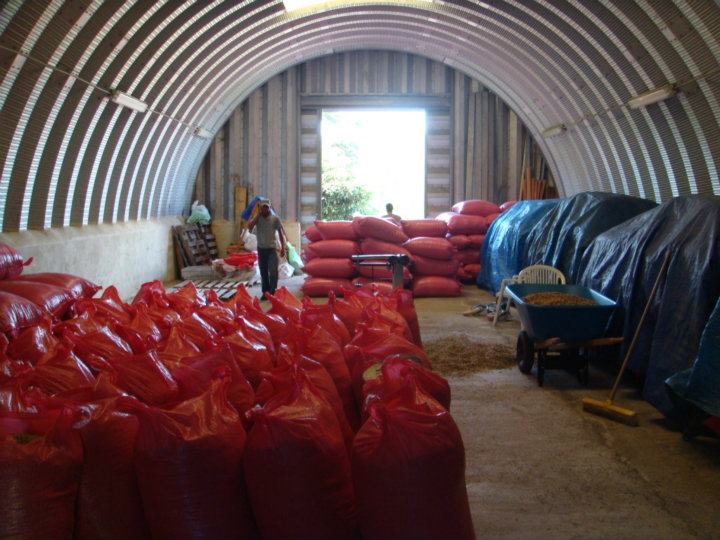 After careful study, investment of their own money, (and fingers crossed) the two men set about to rediscover Honduras’ treasured coffee past and see if they could show how Honduran coffee stands on its own – not as falsified Guatemalan coffee, and not diluted in low grade mixtures.

Information gleaned from the Guatemalan Coffee Institute (ANACAFE) resulted in building plans for a modern, ecologically-friendly processing and drying complex. Capt. Pat’s watchful eye oversaw all construction atop Mt. Miramundo. The necessary machinery was fabricated by Ecosystem, S.A. of Antigua, Guatemala, one of the great, old coffee regions of Central America. All the while, the coffee was maturing on the steep cool slopes under the watchful care of experienced locals who had grown up caring for coffee plants and harvesting the ripe red beans. 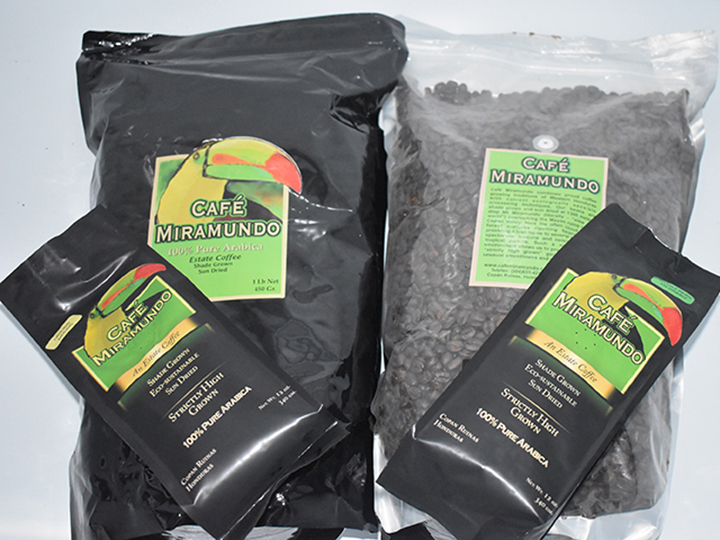 The combination has proven an effective synthesis. Well grounded in the Honduran coffee culture, yet partnered with innovative flexibility to respond to the changing demands of today’s market. Hopefully, Café Miramundo is helping to ignite a renewed look at Honduran coffee and bring the innate richness of Honduran coffees to the international, discerning consumer’s cup. Finca Miramundo is a case study in the revival of quality, attention to detail and coffee connoisseurship in the western highlands of Honduras. Investment in modern equipment, eco-sustainable management of the farm, and knowledgeable personnel yields a coffee of consistently high marks.

Presenting Café Miramundo’s estate coffee directly to the public assures that it arrives in the hands and cups of our clients just as we produced it; the coffee speaks for itself.

Café Miramundo has an unusually strong connection to the birds of Honduras and their long term welfare. As a “shade-grown” plantation we provide an extensive, protected habitat for both resident and migratory species. A Smithsonian Institute study some years ago found that shaded coffee farms had the highest diversity of migratory birds other than actual undisturbed forest. Our farm at 1,200–1,300 meter altitude includes 20 acres of natural upland tropical forest that we preserve intact. Nature trails allow visitors access to appreciate the orchids, giant tree ferns, bromiliads and the large variety of birds.

Miramundo is an “eco–sustainable” certified farm (UTZ certified) and a such is seriously invested in protecting the environment. We carefully monitor the watershed, control erosion, and maintain a natural diversity of trees in the shaded canopy. The farm has five year–round springs feeding small streams that support lush tropical undergrowth. Wild heliconias, ginger, and cardamom are common in these humid valleys. Of course birds thrive in this rich environment and we see noisy flights of parakeets, three species of toucans, several types of trogans, and even have occasional visits of quetzals near the waterfalls. In more open areas of the farm we see swifts, jays, woodpeckers, and a variety of raptors, large and small.

Among our many interesting avian visitors are the: 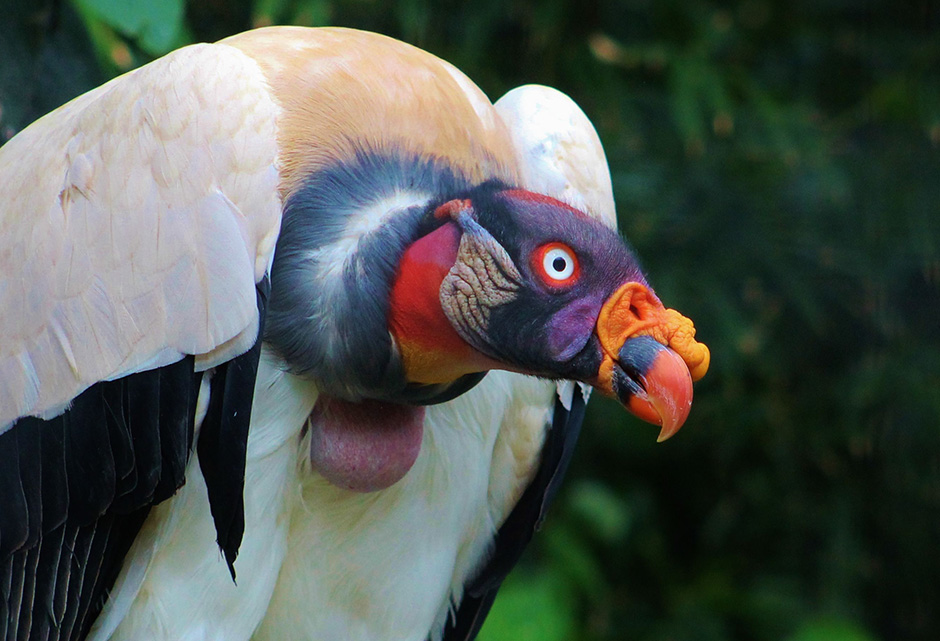 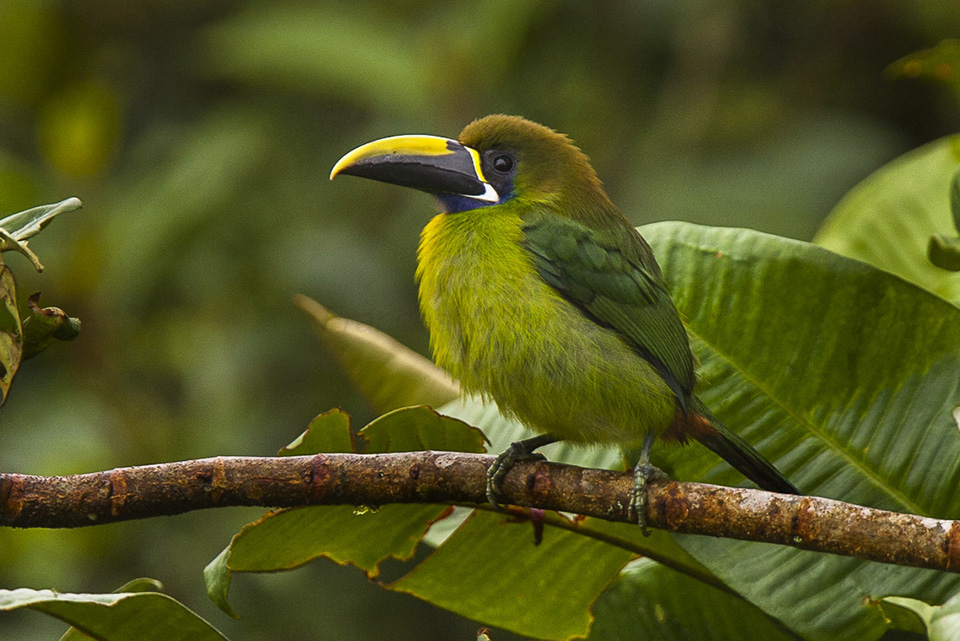 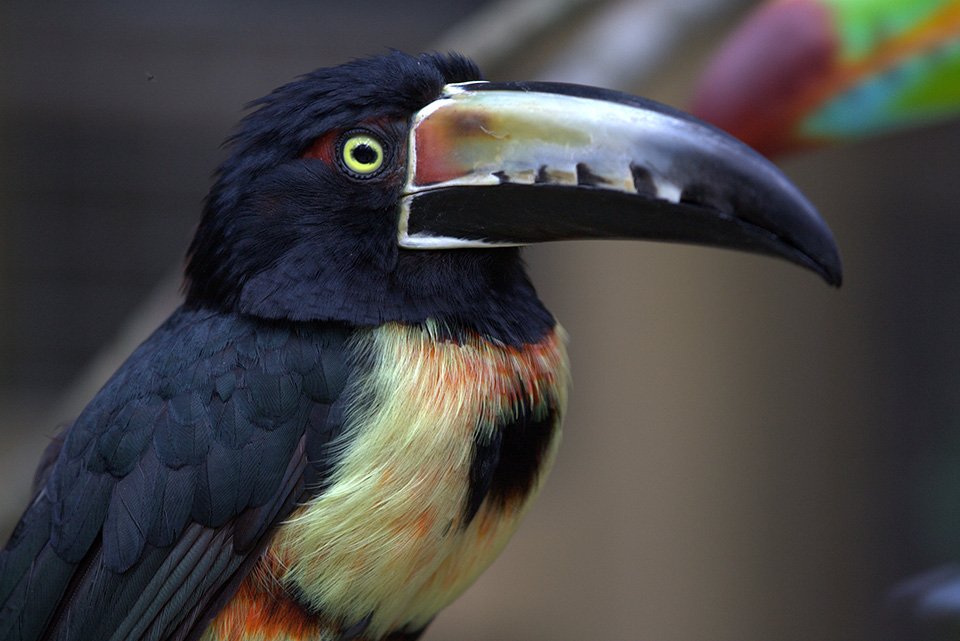 Café Miramundo may well be the world’s most bird-friendly coffee as it has a very special relationship with one of Central America”s most important bird care facilities, Macaw Mountain. Not only is there shared ownership of the two operations, Café Miramundo is roasted and packaged there and sales support the sanctuary. Macaw Mountain cares for unwanted pet birds or those confiscated by Honduran environmental authorities and includes a variety of local parrots, macaws, toucans, and raptors. The effort began in Roatan in the Bay Islands but the birds were moved to the much larger facility in Copan Ruinas in 2003. The reserve not only cares for the birds but incorporates a strong educational component that emphasizes habitat conservation and protection of endemic species. Recently that commitment has even become stronger through the foundation of the NGO Pro-Alas.

Purchase coffee, inquire about a visit / stay, or get in touch for any other reason!

Reach our to us by using the following contact details or by filling out the contact form below.